Coroners setting priorities: Religion IS relevant, but so are other needs 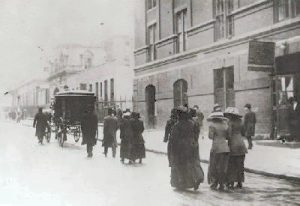 The High Court has now reached its decision in a challenge to a policy imposed by the coroner for Inner North London which stated as follows: “No death will be prioritised in any way over any other because of the religion of the deceased or family”.

This taxi-rank rule had been set out in response to tensions between the coroner and a Jewish burial charity, the detail of which we discussed in an earlier blog.  The dispute was one which aroused strong feelings on all sides, and amongst observers.  Both Judaism and Islam require a deceased person to be buried as soon as possible after death, and any delay in funeral arrangements will cause acute distress within these communities. However, it is also unquestionable that all bereaved families are likely to find it painful if faced with an increased wait to say their final goodbyes, and many people struggle with the thought of their loved one being kept and examined by strangers.  All things considered, coroners have to be mindful of the situation of all of the families with whom they are dealing, and against a backdrop of limited public resources, managing competing needs is undoubtedly very challenging.

Nevertheless, it is not surprising that a blanket ban on considering religious factors in prioritising the coroner’s work was found to be unlawful.  In reaching this conclusion, the High Court was careful to stress a number of factors.  In pragmatic terms, coroners have to make decisions prioritising their caseload, and there are multiple reasons why an investigation into a particular death should be concluded as rapidly as possible.  These might be practically based, e.g. if organ donation is a possibility or there is an ongoing homicide investigation, but they could also rooted in emotional factors, and what the court described as ‘ordinary humanity’.  For instance, where a child has died in hospital, the parents may wish to have his or her body moved from a hospital mortuary to a suite at a hospice, where they can be laid out peacefully in a more gentle environment. Clearly, decisions about which deaths to prioritise are difficult and sensitive matters, and a completely inflexible policy offends common sense as well as legal principles.

The court had no difficulty in finding that refusing to consider religious needs was unlawful. As a general principle, those exercising statutory (and possibly some forms of Common Law) decision-making discretion may not ‘fetter’ in.  In other words, if a person is tasked with using their discretion, they are failing to do this if they robotically apply fixed criteria.  Furthermore, public decision-makers must make rational choices, and however you sliced it, a policy which took no heed of religious concerns was unreasonable.  On the one hand, if the policy was supposed to take into account individual circumstances in general terms, yet was to specifically ignore factors relating to faith, then this arbitrary exclusion would undoubtedly be irrational.  But, conversely, if the policy purported to forbid taking any of the individual circumstances of the case into consideration, it would manifestly fail whatever test of rationality was to be applied, as well as being untenable in a practical sense.  In addition, Article 9 of the European Convention of Human Rights guarantees a right for people to not only hold, but also express their religious beliefs. The right to manifest religious beliefs can be limited by the State, but only if there is a good reason and only in so far as it is necessary.  In refusing to even think about a family’s needs, the coroner would inevitably fail to show that she had acted for a sound and objectively important reason, and avoiding going further than was required in limiting religious freedom.

In light of all of this, the court was bound to find against the blanket ban on factoring religious needs into decision-making.  At the same time, the court was nevertheless very keen to stress its second overarching point.  The coroner had a duty to strike a ‘fair-balance’ between religious needs and other needs (and obviously, totally disregarding the former was no way to do this), but this should not be interpreted to mean that faith-based demands should take priority.  A policy which automatically placed religious families ahead of non-religious families in the queue would be every bit as unlawful and inappropriate as the blanket ban which had been imposed.  Furthermore, the court made a useful analogy between the task before the coroner and that of a hospital’s Accident and Emergency department.  It would be disastrous if patients arriving at casualty were treated on a first come first served basis, and a middle aged man suffering a heart-attack had to queue behind a toddler with a dried-pea jammed up his nose.  In both contexts, each situation needs to be appropriately assessed, and although guidelines in making such judgements are necessary, they must be based on reasonable parameters and flexible enough to allow discretion.

In other words, regardless of their religion or lack of it, the position is the same.  Every family can expect that its particular circumstances will be taken into account, and weighed up in light of the workload, resources and the competing needs of others.  Coming from a particular religious or cultural background certainly does not give anyone a ‘right’ to jump the queue, but if that religious or cultural context heightens the distress caused by delay or invasive procedures, then this should be taken into account when priority decisions are being made.

Often human rights, and religious rights in particular, are criticised for giving some groups in society access to special treatment.  This is inaccurate: the whole point about universal human rights is to recognise that everyone has exactly the same rights by virtue of their human status.  When there is a clash between competing rights, it is the job of the State, and where there is dispute of the State’s courts, to ensure that a ‘fair-balance’ is arrived at.  It would be impossible to find a fair-balance by ignoring religious beliefs, on the one hand, or treating them as a priority boarding card to faster service on the other.  This decision affirms that religious needs are important, but so are other needs as well.