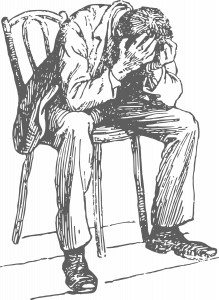 Bereavement is a universal human experience, and although religious, cultural and social responses vary, undoubtedly the pain of saying a final goodbye to a loved one is common to all who go through it.  Therefore, unexpected delays and uncertainties when somebody passes away are inevitably acutely felt by already distressed families.  Against this backdrop, it must be acknowledged that the duty placed on coroners to investigate the cause of death in uncertain cases is by no means an easy one.   On the one hand, sensitivity towards the next of kin is required, a reality reflected in duties to inform and liaise with them, set out both in statute and the guidance issued by the Chief Coroner.  Yet equally, coroners are performing a judicial function and must, consequently, be mindful of legal demands and the public interest.

All this must be taken into consideration in order to fully understand the nature of the dispute which arose in relation to Mary Hassell, senior coroner for inner north London.   The crisis began with a disagreement surrounding her handling of the death of Mr Aharon Barzevski.  According to the Jewish faith, a body must be buried as soon as is practical, ideally on the day of death, and is to be watched over beforehand, but in this case, two days after Mr Barzevski had died, there were still hold ups in ordering a non-invasive CT scan to determine whether an autopsy would be necessary.  The local charitable organisation which was helping the family of Mr Barzevski, the Adath Yisrael Burial Society (AYBS), accused Hassell of adopting a bureaucratic, inflexible and insensitive stance, causing unnecessary and painful delays.  Hassell hit back very publicly, accusing AYBS of persecuting and bullying her staff, and citing a lack of resources as the reason behind the wait which Mr Barzevski’s relatives endured. In this very heated exchange of views, AYBS strongly denied the assertion of improper behaviour.

The final outcome was for Hassell to announce a protocol declaring that no family would be given priority on religious grounds.  In her view, a ‘cab rank’ system was the fairest method to be adopted, and no family was more important to her than any other. Hassell also revoked an arrangement to transfer bodies to a secure Jewish funeral home while awaiting release, rather than keeping them in a public mortuary.  It should be highlighted that this procedure had allowed watching/guarding (shemira) by family members and the community to take place, which is a key part of the Jewish mourning process.

Obviously, we cannot really know the reasons of Hassell’s alteration of the standing protocol permitting this.  However, given that the concession did not impose any burden on the public purse, and that she withdrew it in the context of an increasingly acrimonious dispute, the decision could easily be interpreted by already bruised individuals as a vindictive retaliation.  Of course, we certainly assume, and hope, that this was not the case, as such a gesture would be reprehensible from a public office holder, but in the context of such a sensitive situation, it is was unwise to make such a change in a way which was so open to an inflammatory interpretation.

All in all, it can be no surprise that Hassell’s response did nothing to diffuse the situation, and she is now facing an action in judicial review.  Furthermore, the argument being put forward by Trevor Asserson, the solicitor acting for the charity, has considerable weight.  He maintains that in adopting a blanket policy of refusing to take into account religious factors in prioritising cases, Hassell’s protocol is disproportionate and therefore, in breach of the Article 9 (right to freedom of religion and belief) and Article 8 (right to family and private life) Convention rights of Jewish next of kin. It is, in fact, difficult to see how such a rigid policy could ever be proportionate, particularly since other coroners operate differently.

At the time of writing, the chief coroner, Judge Ludcraft QC, has indicated that commenting on the situation would not be appropriate, not least because complaints about Hassell are currently being assessed by the JCIO (Judicial Conduct Investigations Office).  In response, Joshua Rozenberg has criticised this ambivalent stance, and suggested that Ludcraft should step in and pronounce on the lawfulness of Hassell’s protocol, even if this prevents him from hearing the forthcoming challenge.

The present situation is particularly concerning, as that it is not the first time that Hassell has been involved in controversy relating to the Orthodox Jewish community.  In 2015 she wrote to the local authority complaining about pressure being place on her staff by this religious group, but shared the letter more widely (amongst other places it appeared in the Daily Mail). She was reprimanded by the Lord Chancellor and Lord Chief Justice in connection with the matter, for having made inappropriate disclosures to the media which showed ‘a serious lack of judgement’, and Hassell was also found to have applied the wrong legal test in deciding whether to permit a non-invasive post-mortem rather than proceeding directly to a traditional autopsy.   In that instance, the family had obtained an emergency injunction preventing the autopsy, and non-invasive methods did in fact reveal the cause of death.   Of course, it is undeniable that any judicial officer may be unlucky enough to fall into what a reviewing or appellate tribunal deems to be an error of law.  Nevertheless, in what has become a heightened emotional situation, a track record for unlawfully ordering an unnecessary desecration of a body is not going to help mend any fences.

Sad though it is to say, the trust which a significant proportion of inner north London residents had in their coroner has broken down.  It is difficult to see positive working relationships being re-established with the Orthodox Jewish Community, and Muslim groups are also likely to be concerned.  In common with Judaism, Islam demands that the deceased be buried as soon as is possible and regards manual post-mortem techniques as problematic.  As a result, an apparently dismissive official attitude towards these religious needs is understandably likely to trouble many.

One constant theme in this story has been the importance of human interaction, and the need for collaboration, compassion and respect if this is to be successful.  Coroners and their staff do have to balance a number of competing factors, and like all public servants manage on a limited budget.  Furthermore, there will be times when invasive procedures have to ordered, even when distraught relatives do not wish this.  If people are to trust in the legal system, and have any chance of accepting decisions which they may not like, they must feel that their needs have, at least, been considered.  Although a statement about not prioritising cases on religious grounds is very different from a refusal to consider religious matters for any purpose, given the depth of feeling surrounding these issues, faith communities may not always appreciate the nuance of the distinction.

It is also the case that all families suffer terribly when trying to process losing a loved one.  The way in which bodies are treated can have a deep, visceral impact on mourners, regardless of religion, as events like the Alder Hey Organ Scandal have shown us.  At a human level, needless to say, we are not suggesting that someone who has no faith-related obligation to fulfil, will experience any less profound distress at the thought of their beloved being subjected to invasive procedures after death, however careful and respectful pathologists might be. Moreover, with such limited public resources, we are not suggesting that a death involving a religious person should always and inevitably be prioritised over another one. However, reassurance that concerns are heard and understood can make all of the difference, and a dismissive stance towards religious needs is bound to generate hurt and anger.

In the last census, Jewish and Muslim individuals accounted for a combined total of 5.5.% of the population.  These communities, of course, experience their share of sorrow, and many coroners have to deal with them on a regular basis; interestingly, other areas with a high population of one or both of these religious minorities are not presenting parallel problems to that found in inner north London.  In most contexts, coroners and their staff are working with families and communicating effectively.  Whatever caused the breakdown in inner north London, fortunately it is not universal, and the goodwill and hard-work of men and women in these services should be recognised.  Sometimes the way in which law is put into practice is every bit as important as the underlying provisions, particularly in situations where there can be no easy answers.

Religion in England and Wales 2011 (Office for National Statistics)