When is a marriage not a marriage? Registration, religious weddings and nullity 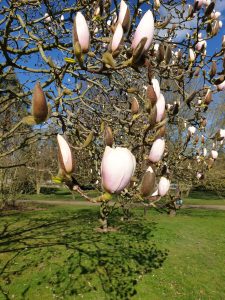 Long story short is that in AG v Akhter [2020] EWCA Civ 122 (Appeal), the Court of Appeal recently reversed a decision by a lower court, which had very creatively interpreted legislation in order to allow parties to certain unregistered religious marriages, access to financial relief in the event of the relationship breaking down. Most legal commentators concluded, with regret, that the Court of Appeal was correct in applying the law, and that the imaginative approach of the first judge went too far in bending the wording of the statute which Parliament had enacted.  At the same time, however, there was a near universal consensus that the case highlighted the urgent need to address unregistered religious marriages, especially since the ethnic minority women are the group most likely to suffer under the current legal regime. We would heartily agree with both of these contentions, but also suggest that a longer version of the tale deserves attention.

Firstly, the saga has both generated and perpetuated myths about the current state of the law. A huge amount of misinformation has spread around the internet and elsewhere, sometimes with the potential to be very damaging.  For instance, we have seen it suggested that Muslim weddings are not legally binding, whereas Christian ceremonies have legal force, when in reality, the position is far more complicated than this.  In fact, some Islamic marriages are recognised by State Law, whilst certain Christian ones are not.  The current law is an undeniable mess, and the chaos is without a shadow of a doubt having a disproportionate impact on certain sections of the Muslim community.   Nevertheless, it is unhelpful to present the law as being even more discriminatory than is actually the case, and worse still to risk presenting the general difficulties in a way which inadvertently problematises or stigmatises Islam. Our entire marriage law framework is old and creaking, this is concerning for society as a whole, and a thorough overhaul is long overdue.

There are four different legal pathways to a relationship recognised as a marriage by the law of the land: 1) Anglican; 2) Jewish/Quaker; 3) Civil; and 4) Registered religious marriages.   This means that if a religious group (Christian or otherwise), not within categories 1) or 2), wishes to carry out legally recognised marriages, it may do so, provided that it has a building registered for public worship and is prepared to comply with some administrative requirements to have a minister or other individual recognised as an Authorised Person to be present at weddings in place of a Registrar.  Given that the administrative burdens are onerous, many faith communities opt not do go down this route, and for many couples the solution of having a quiet, legally binding ceremony with a Registrar, and a separate religious celebration, which is the focus of spiritual and social attention, works well.  Problems arise, however, when citizens are not either aware of the need to do this, or fail to see it as an urgent priority and never quite get round to it.  The situation in AG v Akhter illustrates this worst case scenario: one party actively and deliberately refuses to honour their promise to go through with a civil marriage, cynically aware that it is difficult for their spouse to leave at that stage.

The stakes are very high, given that in English law, as it stands, cohabitees have no access to special remedies or protection at the end of a relationship. The provisions which apply if a marriage terminates via divorce or nullity, allowing courts to divide up assets or even redistribute property, and where appropriate order maintenance payments, have no relevance.   The difficult truth is that parties to a religious marriage without binding effects in Civil Law are cohabitees, and there is very little that secular courts can do if one of the parties is economically vulnerable or disadvantaged when the relationship breaks down.  In some cases, a religious court might be willing to adjudicate, but this is of little benefit if the economically stronger party refuses to heed its ruling.

Consequently, the impetus on the part of the judge in the Akhter case to find a solution is entirely understandable, but the Rule of Law does set limits (albeit in many respects quite generous ones) on judicial freedom to innovate.   It is not possible to drive a coach and horses through a statute.  Neither is it necessarily desirable, when the Law Commission are actively working on an area of law universally accepted as needing root and branch reform.   A sticking-plaster approach could potentially give rise to problems of its own, as there is real jeopardy of increasing the scope for inequality and arbitrary outcomes, and it is unclear what direction a new legal framework should take.  It goes without saying, the current four track approach to marriage formalities need to go, but what should replace it?   In a future model, religious groups wishing to carry out legally binding weddings will have to comply with robust administrative and be held accountable, if reliable records are to be kept and proper safeguards against fraud and abuse are to be in place.  Would the new system be compulsory, opt in or opt out as far as faith groups are concerned?

It might be the case that some communities would still prefer not to take on the burdens of administrating civil weddings.  Does this mean that even in a reformed framework, some non-registered religious weddings would take place? How would we deal with parties to such marriages in the event of them breaking down?  In addition, should we take the opportunity to reform the law relating to cohabitation and provide all cohabitees with some protection?   Many would argue that this is desirable and long overdue, but there are counterarguments.

In summary, there needs to be reform, and urgently, but the shape of that change still has to be hammered out.  Realistically, despite the pressing need, a redesign of the law on adult partnerships is not going to be speedy.   In the meantime, it is vital that social, as well as legal approaches, are pursued with regard to the issues around unregistered religious marriages, and that work continues with faith communities, not only to raise awareness, but also to positively promote civil marriage. The law is going to take time to come up with a satisfactory resolution, so other avenues must be followed to protect the vulnerable in the meantime.