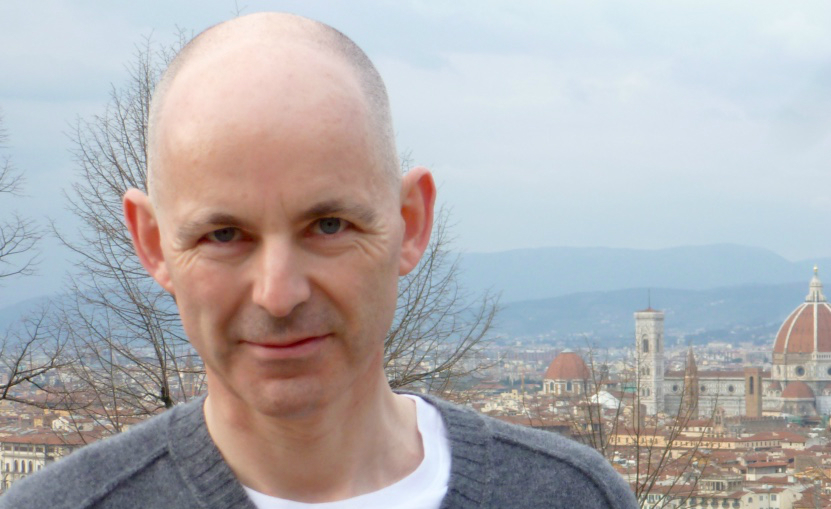 How would you describe your identity in terms of religion and belief?

I would say I am Agnostic.

I went to a school in which there was a lot of organised religion, chapel every day… and I think that was a useful cultural background, but it never particularly appealed to me to go voluntarily. Probably, it was the reverse. It put me off.

Would you describe GB as an equal and tolerant society, especially in relation to religion and belief?

Great Britain is not an equal society in economic terms. There are great disparities in terms of income and opportunities. I would say it is relatively tolerant, particularly by comparison with other countries.

Are there any challenges to living in accordance with your beliefs?  If so, are they social, political or legal?

There are no challenges for me as an Agnostic in England  in the profession in which I am working.

I think Britain is slightly different as a society from a number of other European countries.  It is also different from  America – I am an American citizen although I have never lived there -because of the way British society has evolved, I think tolerance is one of its key positive features.

Do Agnostics contribute to our collective understanding of HRs?

I haven’t really thought a lot about Agnostic contributions to HRs in contemporary Britain, but I suspect they have contributed, because if you go back historically human rights progress has not been necessarily related to the Church.

Britain is a particularly tolerant society, as I suggested, but generally speaking people do not declare their religious beliefs.

Generally speaking human rights are respected by the Government and other public bodies in Britain. There are some challenges, potential limitations on freedom of expression, the challenges posed by electronic surveillance, etc, etc, but in relative terms I would say that Britain is not bad.

One specific example that comes to mind is the issue of the veil.  I remember the last time  its use in schools it was debated, the Department of Justice was desperate to keep out of this debate. The solution was, the compromise was… well, this is an issue about which the school and the head-teachers should decide locally because they know much better the situation on the ground. Generally, I think that is a very sensible outcome.

When should the state intervene in the practice or expression of religious beliefs?

There is a presumption, in terms of freedom of religion, within some parameters, to say that  you are generally entitled to express your views unless you are, for example, inciting   religious hatred or terrorism… In terms of religion, this only tends to cause conflict really when the question of religious belief spills over life style choices. For example, there was a recent case, the bed and breakfast case, in which fundamentalist Christians decided not to put up a gay couple, and then I think it is reasonable for the law to say not that people cannot express their views – people should be entitled to think that homosexuality is sinful – but it is different to have that view from putting it into practise. And I think that is the moment where the law comes to play. The law of the land, which has been approved by Parliament, declares that equality is a basic principle of our society and those laws must, therefore, be upheld.

Is living in a democracy a positive thing?  Does it make it easier for you to live in accordance with your beliefs?

I am trying to think if I have ever lived in a country without a democracy… I have visited them, but I would say that you can have all sorts of democracies. Israel is a parliamentary democracy, but on the West Bank they don’t necessarily apply all the standards of a western European democracy. So, I think it depends on the politics of each country, but in principle I can’t think of… I think it is Churchill answer at the end of the day, that democracy is the worst form of government apart from all the others.

Do you feel that you have a personal responsibility to vote?

Yes, I feel I have a personal responsibility to vote, but I don’t think it should be compulsory. I don’t think Belgian politics are necessarily better than ours. Belgium, where voting is compulsory, raises other questions about whether federal structures provide a better model, which I think it is now a key question for the UK after the Scottish developments. Germany, with its länder, is a clear example which appears to provide a very democratic system.

Should Parliament have the final say in making and changing law?  Would you like to see a judiciary empowered to strike down legislation?

I wouldn’t like to see an empowerment of the judiciary in the UK in that sense. The British system works well in this respect. Essentially the balance is right. Parliament legislates and courts decide case by case. Without a codified Constitution, I don’t see how the judiciary should be given those powers and it would only become an issue with a written Constitution.

I think Parliamentary democracy right now faces great challenges. It is a bit of a paradox when you look at what happens. The British Parliamentary system is designed to produce a one party Government, but it didn’t happen in 2010 and it was a surprise when it delivered a majority government –albeit one with a small majority – in 2015.. The Scottish Parliament’s electoral system is designed to produce coalition governments, but it has produced single party government, which shows this paradox. We now witness an outcome, where we shall have some legitimacy problems, because for example we have the SNP with a lower share of the vote than UKIP, but with many more  MPs at Westminster than UKIP. So, there are lots of questions to face… what will happen with Scotland within the UK? Also about the voting system and whether it is delivering a fair outcome…

Does it concern you that the House of Lords is not elected?

I think the size of the Upper Chamber is very problematic. There have been some changes because of the reduction of hereditary peers, but I think tackling the whole issue has become so difficult because of the entrenched convention in Britain that the HofL doesn’t really challenge ultimately the will of the HofC. That works. There is a clear constitutional convention that the HofC is democratically superior. Furthermore, the HofL scrutinises legislation, some of its select committees carry out important functions… however, it has become one of the features of the British Constitution which is difficult to justify in objective terms, but easy to justify in pragmatic terms, because it seems to be working.

How do you feel about the presence of bishops in the House of Lords?

I think the presence of bishops of the CofE would be very problematic if they used it as a platform to promote very strong religious views, but the Church is usually focusing on social issues instead. It is a sort of counterbalance to the Government, because it is difficult for the Government when it is criticised by the Archbishop of Canterbury, for example. Bishops and other faith leaders are focusing on issues such as equality, food banks, etc, and I think they can play an important role, but it is also important that they don’t abuse that position of power and become sectarian and that they don‘t just use it defend their own narrow interests.

How do you feel about devolution in Wales and Scotland?

Devolution in a way has opened up lots of issues… it was designed to achieve the reverse… it was supposed to appease those who wanted independence, but I think what has really happened is that many politicians had lost touch in Scotland and we have a situation in the moment where the main party in the British Government only has 1 MP in Scotland, and likewise the main opposition party.. We have an unquestionable dysfunction. You can’t carry on like that, particularly when the party in Holyrood is not represented in the rest of the UK. The truth is that there are many more conservatives in Scotland than you would think and in Holyrood there are several conservative MSPs. So, all these issues seem to lead us towards a federal model and we shall have to revisit the situation of England, because the current model does not really work. Yet the idea of in the 1990s pioneered by  John Prescott of having English regional parliaments didn’t work either.

Have the events in Paris with the Charlie Hebdo murders had an impact on freedom of expression?

With issues like Charlie Hebdo the British media was actually quite mature. They took the view that freedom of expression was something very important. If one person wanted deliberately to offend others, that was up to them, and was their right, but the media didn’t all have an obligation to do the same and reprint  it. It was a question of editorial judgment.

I think journalism is essential for a democracy and a free media is an underrated element in democracies.

Libel laws are very difficult for journalists. They can be unbelievably harsh. This has been the libel capital of the world…. Proof without any doubt…  I think libel laws and some reporting restrictions should be modified, as they have become very dysfunctional, particularly in the digital age. And lawyers earn too much. These are two huge problems.

Have you ever felt so strongly about an issue that you have wanted to campaign to change it?

I was involved in a particular campaign, but it was completely unrelated to my expertise and was a campaign mounted by newspaper – the idea of its editor – for the legalisation of marijuana. But, as a political journalist you must, in my view, be cautious about campaigning. Of course, there are some things I feel very strongly about, but generally I wouldn’t initiate anything unless there was a very clear abuse uncovered.

Is there anything which you would like to add?

Going back to the Danish cartoon controversy… One wonders why Denmark got so obsessed with this issue and it seems to me that the difference between Denmark and us is that Denmark is basically a very homogenous society. The core Danish society is very white and Protestant, whereas in Britain, because of our history, there is a history of religious tolerance and of a minority religion from the sixteenth century. In Great Britain religious tolerance was allowed to develop as long as it was not seen as a threat to the security of the country. That awareness of the religious diversity has been an important element in how British society evolved, but at the same time, as I mentioned, interestingly, people don’t talk about religion. I don’t really know what religion, if any, my colleagues profess. So, I think generally this diversity and tolerance have been very positive for Great Britain, as well as immigration. Immigration has meant that we have been exposed to lots of experiences. This society is, generally speaking, tolerant, although we should not fall into complacency, as there is an increasing number of cases of xenophobia, antisemitism, islamophobia, etc.  We need to keep an eye on those problems.