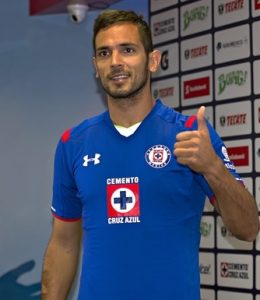 How would you describe your personal religion or beliefs?

Religion very important for me and also for my wife. It shapes the way we do things in our family. We believe that it is especially important to teach our children the values which we believe will help them to be good and decent people.

Yes, we were brought up with the same religion, our parents taught it to us and when the time came we decided to embrace it as adults.

Do you think that Great Britain is an equal and tolerant society, particularly in relation to religion and belief systems? How do you think that it compares to other countries?

I think it’s really tolerant, you have so many cultures living in the UK that its quite normal having relationships with people from different religions. It’s probably the most tolerant country in Europe in that sense, especially since in other parts of that continent many people increasingly view Muslims as dangerous people.

Do you think that human rights which apply to everyone are a good or a bad thing? Why?

I believe that they have been really important to human development; many years ago. when many bad things happened in all around the world, there was no regulation and human beings were traded as property, made to work in bad conditions and at times even treated brutally in the street. Human rights helped in stopping and controlling these situations. But lately they are increasingly abused by people seeking to avoid justice, to lower their responsibility and their guilt. Human rights should strengthen the rights of people and their ability to life in freedom and unafraid.

When is it acceptable or even necessary for the State to interfere with someone doing something because their religion/belief system requires them to do it? When should the right to freedom of religion and belief be limited for the good of society?

Everybody needs to live without fear and given the circumstances, we all know that extremism is a plague that need to be controlled, and we all are involved in that. I don’t think that it’s possible to limit a religion, even one with a worrying history behind it, restrictions might only make things worse. There are many cultures which we are not able to understand and probably never will do. We can only show patience and understanding towards these problems, knowing that authorities have a huge work to do against terrorism, we have to be patient there as well.

How easy is it for you to live in accordance with your personal beliefs in this country? Are there any challenges, and if so, are they social, political or legal?

As a Catholic it’s not a problem at all.

Do you think that within the world of sports there is enough respect for individuals in relation to their personal beliefs? Do you think that there are challenges for sportspeople who are openly religious?

I have played in Germany, England, Spain, Mexico and in Paraguay, and never experienced a single problem in relation to personal beliefs, on the contrary, I have found that sport is so multicultural, so universal, that a big window of understanding and open-mindedness in the culture, to compete, work hard and respect others efforts, to achieve friendship through sports, to celebrate victories and suffer loses with different kinds of people, no matter their colour or religion. It should be seen as a way to fight those differences.

Do you think that there are problems with discrimination in the world of sports in general? Are sexism, racism and homophobia being sufficiently well addressed, both in the amateur and professional arena? Is there more which could/should be done, and if so, whose responsibility is it to ensure that positive change takes place?

There are still places where these areas appear as a problematic. In the middle east things are changing and more woman are involved in sports, countries with history of racism are having multicultural sportsman around their countries, there are lots of people involved in trying to change things for good, it’s a big chance for many people, and every effort to change things take time. But the changes being made will certainly have a huge impact on the supporters in countries, who will start seeing all of this as something good, as something normal, which living in peace certainly is.

Do you think that living in a democracy is a good thing?

I do. It’s about assuming the responsibility we all have and living with the right principles and values.

Given that we do live in a democracy, do you believe that you have a personal responsibility to vote? Why/why not?

The responsibility we have is to know our rights and our obligations. Voting is the our major right, choosing who will be leading our countries.

Do you think that it is a problem that members of the House of Lords have a role in making law, but are not elected by the citizens? Why/why not?

The members of the House of Lords need to be people that are seeking to further justice and ways to improve society. I think that citizens must know in advance who will be having such a big say in making laws.

What responsibilities do leading sportspeople owe to society as role models? Is their behaviour ‘off the pitch’ important? Is it appropriate for sports regulators to police/sanction behaviour which happens outside of the sport (e.g. unrelated criminal offences, drink driving, assault); why/why not?

I think that the role model set by sportspeople is very important. Public persons are seen as role models, and therefore we need to be especially hard in sanctioning misbehaviour by these people. Everybody watches what famous athletes and public persons do, a good example is clearer than a million words.

Are you aware of any legal rules which have a direct impact on your freedom to practise your faith/live our your ideology? Are any of these recent, and if so, have they been introduced in a fair and open way?

Is there anything else which you would like to tell us about your views on freedom and belief in contemporary Britain?

As foreigners we had a great time in England, we felt extremely accepted by the people, it’s a really lovely and friendly society. Being a well known sports person probably helps too, but I can’t say anything against the UK.

Roque began his professional football career in his native Paraguay, to which he has now returned to play in the First Division for Olimpia Asuncion. He came to Europe in 1999 and enjoyed a glittering career as a striker, playing for Bayern Munich, Blackburn Rovers, Manchester City and Malaga.