Religion, Parental Disputes and the Rule of Law 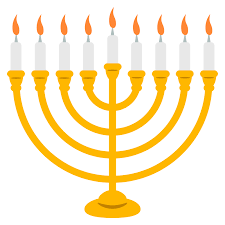 The Court of Appeal has just issued a dramatic and hopeful ruling in a heart-wrenching family case, and coming close to both Chanukah and the Christmas period, the timing of the decision seems all the more poignant.  The facts of Re M (an appeal from the private law proceedings J v B (Ultra-Orthodox Judaism: Transgender) can be briefly stated: the father of five children was a male to female transsexual, and reached the point of feeling that he was bound to either commit suicide or depart from the Ultra-Orthodox, Charedi community in order to live as a woman.  Making this transition whilst remaining within her former context was not an option, for social, cultural and religious reasons.  She was a devoted parent and wished to continue to play an active and involved part in her children’s lives, but this was opposed by their mother, as she argued that the children would be ostracised by the community.   The fear was that they would be regarded as having lost their innocence and therefore be a risk to their peers; they would no longer be welcome as visitors, playmates or party guests.  They would face discrimination both inside and outside of school.

The judge at first instance, Peter Jackson J, found with regret that the children would indeed by subjected to such treatment were they allowed to have physical contact with their father.   He fully recognised that some of this would amount to unlawful discrimination, but considered himself unable to disregard a reality simply because it contravened the law.  Given the attitudes of the adults who surrounded them, it was not in the children’s best interests to have anything other than letterbox contact with their father.

In a somewhat scathing judgment, the Court of Appeal rejected this reasoning and sent the case back to the High Court for reconsideration. In essence, the finding was that the judge had given up too easily in concluding that face to face contact could not be achieved without harming the children, and also that the assessment of ‘best interests’ adopted was too narrow and short term.  In acting as a ‘reasonable judicial parent’ the Court should not foreclose a child’s future opportunities unnecessarily, nor should it underestimate the critical importance of maintaining a relationship with a willing parent wherever possible.

The President of the Family Division, Sir James Munby, was also at pains to emphasise that in a democratic society the Rule of Law must prevail.   Therefore, the unlawful actions of third parties could not be allowed to deprive children of the opportunity to spend time with their father, as well as enjoying all of the benefits which would flow from that contact.

All of these conclusions are to be welcomed: the decision to shut the door on a face to face relationship, or even telephone conversations, for children in these circumstances was deeply disturbing indeed.   They had a parent who loved them, posed no threat and who had previously been intimately involved in their care.  It is hard to see how denying them a chance of a living relationship with their father, purely because other adults disapproved on religious grounds, could ever be justified.

However, there are some aspects of the appellate judgment which are less satisfactory:

Firstly, although the Court criticised the first instance judge for not adequately exploring the human rights dimension of the case, it did not see fit to discuss the Article 9 rights of the children themselves in any meaningful way.  Given that the eldest was of secondary school age, it difficult to see why this aspect of the situation should not have been, at least, considered.  Treating an older child as passive in religious (or other) matters is not in keeping with the spirit or letter of either the Children Act 1989 (which governs decisions upon the upbringing of children) or Article 9 of the European Convention of Human Rights (which does not stipulate any age limit for its application).

Secondly, there were passages where the depiction of the complex relationship between statutory parental discretion and the welfare principle was alarmingly crude and broad-brush. As the Court acknowledged, the case had only come before them because the parents could not agree on the way to proceed, and consequently the father had made an application.  It is uncontroversial that in such instances any court must place the welfare of the child paramount in its decision-making process, pursuant to the Children Act 1989 s1(1).  Nevertheless, it is also important to note that the public law threshold for state authorities to intervene because the children were suffering or at risk or serious harm had not been met, and there was no suggestion that outside agencies would have been involved had the parents agreed or the father felt too beleaguered to fight.  The Court criticised the first instance judge for the implication that:

“the more emmeshed a child is in a narrow and constricting way of life, and the more intransigent the adults are in seeking to protect the child from what the adults see as undesirable aspects of any other way of life, the more hamstrung the court will be, the less it will feel able to intervene to further what would otherwise be seen as plainly required in the child’s best interests” [para 63]

It is difficult to read that statement and not conclude that in real world terms the implication is correct.  It may be frustrating and regrettable at times, but that does not change the truth of it.  The law gives those with parental responsibility wide ranging powers to make choices for children (see Children Act 1989 s2), many of which may not actually be in their best interests at all.  However, unless the threshold for state intervention is met, or the people with parental responsibility quarrel, the adults with decision-making power can continue to act however they see it.  Obviously, the (at times poor, misguided or selfish) choices families make may well have long term consequences, and constrain the possibilities before a court should a judge at some future state have to make a welfare decision.   To suggest that judicial fairy-godmothers and fathers should be able to wave a magic wand is neither helpful nor responsible.

Similarly, the bold assertion that in cases where religion in not in play, the court “does not hesitate to invoke robust methods where this is required in the child’s interests” [para 64] makes for uncomfortable reading.  Many parents have experiences of the court system which do not support the view that judges have the tools to deal effectively with all circumstances where one parent is intent on damaging the child’s perception of the other, and/or is implacably hostile.  A wealth of distressing caselaw demonstrates that sometimes the courts have to find a least worst option for the child, even where this results in profound injustice to an adult.  The suggestion from the Court of Appeal that the parent with whom the child lives can be brought to heel by judicial making and actioning threats of transferring living arrangements, or even by taking the child into public care, is not a viable one.  In far too many cases, such measures would simply not be in the child’s best interests, considered in the round.

Thirdly, some of the dicta in relation to Article 9 must give pause for thought and concern.  Although obiter, they showed a concerning direction.  See for instance para 121:

“An argument consistent with the Article 9 jurisprudence might well be available in the present case to the effect that, in the light of the protected characteristics identified by the Equality Act 2010, a religious belief, practice or observance that was inconsistent with the principle of non-discrimination under that legislation is not compatible with the requirements of our society.  If that was so, the belief, practice or observance in question might not achieve the level required for Article 9 protection.”

This statement is alarming.  It appears to be conflating a number of analytical stages in relation to Article 9.   The question of whether the belief in question achieves the required level of cogency, seriousness, cohesion and importance to be awarded protection under Article 9 should surely not relate to the issue of whether it is compatible with the values enshrined in law.  If this hurdle is accepted, then some individuals with counter-cultural, minority beliefs will not even have the chance to argue for protection.  What possible justification is there for dealing with the perceived ‘acceptability’ of beliefs at part of the gateway to Article 9?    Surely, the whole point of Article 9(2) is to provide state authorities and tribunals with the opportunity to limit the manifestation of beliefs which may conflict with the law, rights of others or wider societal interests.  There is no need to filter beliefs before they even cross the threshold of Article 9.

Furthermore, if that logic were to be accepted, then people with certain unpopular minority beliefs could well face discriminatory treatment simply for holding them, and be deprived of any legal protection.  Freedom of thought would be relegated to freedom of state approved thought, a position which even Elizabeth I deemed unnecessarily draconian.

All in all, whilst the outcome of this case appears highly positive, there are rather worrying elements in the reasoning behind it.  No doubt the judgment will provide plentiful grist to the legal academic mill for some time.   Nevertheless, it may be important to remember that this litigation ultimately concerns a very real family, and that both the adults and children involved must have already travelled a very difficult road.  It is to be hoped that whatever the next steps may be in the legal world, the individuals at the heart of this matter find peace and wholeness.