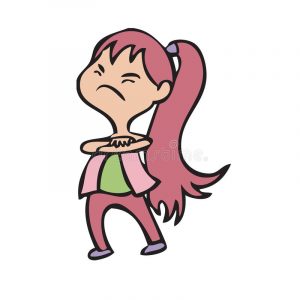 Battles continue to rage over the comments recently made by J K Rowling, in relation to trans rights and women’s safety. The remarks themselves are part of a much wider theatre of ideological war around sex and gender, and for our purposes, a discussion for another day.  This blog is concerned with the issues around freedom of belief and expression raised by the staff at Hachette Publishing, who refused to work on the author’s latest children’s book, following her public proclamation of what they felt were transphobic views.  It also addresses the related implications of the high-profile departure of a number of authors, including Fox Fisher, Drew Davies and Ugla Stefanía Kristjönudóttir Jónsdóttir (a.k.a. Owl), from the Blair Partnership which represents J K Rowling, as they felt that the agency had failed to demonstrate sufficient support for transgender community.  Cutting to the chase, following her very public ideological statements, both the protesting Hachette employees and the departing Blair clients wished to disassociate themselves with Rowling and her literature.

As already stated, we are not going to step into the fray as far as the debate around transgender and gender queer rights goes.  We have blogged on this topic in the past, and probably shall again in the future, but our current focus in on the freedom of belief and expression at stake.   These would have been the same had the two groups of people found statements on a completely different topic incompatible with their fundamental values.   The clash of interests would have been identical if the objection had been to assertions about veganism, Wicca or euthanasia, leaving us to determine the proper response of the legal system.

The two most significant freedoms in this context with regard to the European Convention on Human Rights are the Art 9 right to freedom of belief and the Art 10 right to freedom of expression.   Undoubtedly, both of these considerations apply equally to Rowling and her critics.   In each case, the right in question is not absolute, as expressions and outward manifestations of belief may be limited where there is a good objective reason for any restriction. In an employment context (outside certain statutory exceptions concerning matters like clinicians and abortion, or religious ministers and same-sex marriage), employees are highly unlikely to be allowed to invoke freedom of conscience to protect them from doing core elements of their job, given that the McFarlane limb of the Eweida litigation made it plain employees generally cannot use Art 9 as a shield to avoid doing work which is part of their role.

McFarlane concerned a relationship counsellor who had faith-based objections to working with same-sex couples, but the both domestic and Strasbourg Courts affirmed that his employer was entitled to demand that its counsellors could provide their services without discrimination.

Here, the link between the employees’ conscience and the tasks required of them was far more tenuous; frankly on the reported facts, even describing it as flimsy would be generous.  It does not seem that the children’s book Hachette are producing for Rowling deals with transgender issues, meaning that the fundamental objection was undoubtedly to the person, rather than the text.   Although we could imagine some extreme circumstances in which Human Rights Law might quite properly aid an employee of a publishing house (for example, if a black editor was required to deal with a manuscript with overtly racist content), following Eweida/McFarlane, it is apparent that in most circumstances, employees can reasonably be required to work on texts supporting perspectives which they personally find repugnant.   In light of this, it would be even more difficult to imagine an entitlement on the part of employees in pusblishing to refuse assignments from their boss on the basis that they disagreed with the opinions or behaviour of the author.   Were this the case, a strict vegan could decline to assist a Sci-Fi novel on the basis that the writer happened to earn his living as a professional bee-keeper.

In contrast, the situation with the authors working with the Blair Partnership is strikingly different, because on this occasion the fundamental question is economic, rather than legal. Obviously, they could not compel the agency to endorse any particular ideological position, but they could vote with their feet and terminate a commercial relationship with people whose views they disliked.   They were also well within their rights to be as public as they wished about their reasons for doing so.  The rights to freedom of belief and expression enjoyed by Rowling and her agents do not insulate them from negative reactions, and third parties may respond in whatever way they choose, as long as it is otherwise lawful. Whilst spray-painting abuse on their offices would obviously be unacceptable, cutting business ties with them is within the scope of individual freedom.

Neither Art 9 nor Art 10 are intended to enable people to act without social and political consequences, and Art 10, in particular, is predicated on the understanding that a democratic society must give space for conflicting ideas to be aired in public. Crucially, onlookers and commentators may sympathize with Rowling, the transactivists, or neither side, as they see fit.  Liberty allows individuals scope to make decisions about how they speak and behave, but equally permits other citizens to form their own opinions about these choices, not all of which will be complementary.