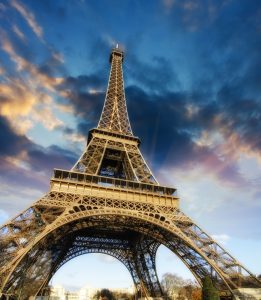 The comments which the French Head of State made recently before a gathering of the national Roman Catholic hierarchy have caused something of a stir, both in France and further afield.  President Macron stated his view that relations between the Church and State have been damaged in his nation, and that society had a duty to repair them for the common good.  Responses from commentators have ranged from the warmly enthusiastic to the openly hostile: religious leaders have seen it as a gesture of affirmation and welcome, whilst other voices have perceived the speech as a threat to France’s culture of secularism or laïcité.

It is unquestionable that preserving religious neutrality in public life is a principle close to the heart of French national identity, wrapped up with a unique understanding of the cherished ideals of Liberté, Égalité, Fraternité.  In the immediate aftermath of the Charlie Hebdo murders, the strength of this tradition emerged in the Je Suis Charlie movement, and although the slogan later became controversial, the initial passionate and peaceful defence of freedom of expression was moving.  It must also be acknowledged that many of the blazing intellectual stars which lit the Enlightenment movement were French.  What would Voltaire’s response have been, could he have known that in the twenty-first century people would still be dying in his homeland for expressing opinions which some people found religiously offensive?  This is not to suggest that writing insulting or blasphemous statements about faith is clever or laudable, but that the only acceptable response to offensive expressions is to oppose and challenge them verbally.  Physical attack and murder in response to words and images is vile, having no place in any civilised society, and in the days following the Paris attacks, France powerfully, and commendably, conveyed this message to the world.

However, there have also been instances in which France’s secularist ethos has had less positive out-workings, at least in the eyes of many observers.  Banning some forms of religious clothing in public spaces, particularly in the infamous burqa prohibition, seems hard to square with a passionate defence of freedom of expression.  It is also the case that voices from faith communities, including the Roman Catholic Church, have felt at times that their perspective and contribution have been unwelcome in social debate, purely because they come in a religious package.

It appears from his words that Macron desired to address this.  He recognized the important part which Roman Catholicism has played in the cultural evolution of France, and the key role which it still has in collective life, particularly in relation to helping those in practical need.  Furthermore, he outlined a vision of secularism which was not opposed to religion, and maintained that embracing laïcité did not mean denying faith.  As Head of State, President Macron saw himself as the guarantor of the freedom to believe or not to believe, and in his view failing to engage with Catholics equated to failing to engage fully with French society.

Every national context is different, and every society evolves to adapt to new circumstances and changes.   Undeniably religious people, including Roman Catholics, are a key part of French society.  It is also true that faith groups have opinions and needs which they are entitled to voice, and projects which they may wish to engage in, some of which have positive benefits for wider society.  Obviously, what is accepted and what is rejected is a matter for democratic decision-making, but religious denominations are as entitled as any others to participate.  Recognising this does not mean rejecting laïcité, but adopting an understanding of the same which perceives the reality on the ground and the rich opportunities which mutual respect and collaboration can bring.