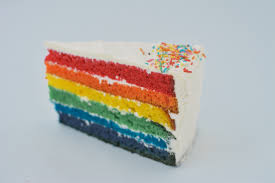 From the moment of his election, Pope Francis was heralded by many as a symbol of hope, progress and even healing.  Neither was this response confined to Roman Catholic circles, or even people of faith, and many secular commentators welcomed the social and political influence of a more open and liberal Papacy. Nonetheless, these positive vibes were by no means universal, and there were those who, from the outset, regarded the choice of Cardinal Bergoglio with alarm. Whilst there was rejoicing in some quarters, in others there was wailing and gnashing of teeth. This pattern has continued ever since, accentuated whenever the media spotlight has focused on a new development.  It is not the purpose of our blog to comment on theological struggles, any more than it is to venture into party politics, but the interplay between religious doctrine, State Law and human rights is very much within our remit, and it is from this angle that we propose to examine the latest controversy.

The Pope is reported to have made the following statement in an interview for a forthcoming documentary, Francesco: “Homosexual people have a right to be in a family. They’re children of God and have a right to a family. Nobody should be thrown out or be made miserable over it”.  From the moment that news broke, certain elements within the Roman Catholic Church energetically began what they saw as damage limitation, hedging, qualifying and explaining what the Pope did or did not mean by his comments.  For many external observers this reaction was bewildering: how could traditionalist Catholics reject the teachings of the Pope?  The answer to this question is instructive not only in relation to Catholicism, but also in terms of religion more widely, and the complex relationship between official doctrine and the beliefs of the faithful.

Roman Catholicism is a religious tradition with a well-defined hierarchical structure, as well as clear cut arrangements for determining official doctrine.  It stands in sharp contrast to many other contexts where arbitration on disputed points is determined by local experts or community leaders, and no single figure or body has authority to pronounce on theological questions for all followers.   Yet despite this, there is ample room for doubt and debate.  Firstly, it must be understood that the well down dogma of papal infallibility is often misrepresented in popular culture and imagination, and the caricatured suggestion that all of the Pope’s pronouncements must be accepted as unerring is a long way from reality.   In truth, only statements made ex cathedra, in discharge of his office and by virtue of apostolic authority, are covered by the doctrine.  This means that opinions expressed in an interview are not deemed infallible.  Furthermore, even doctrinal statements which are accepted as infallible, including the conclusions of the Ecumenical Councils, are by their very nature reduced to words, and therefore, open to wrangling and interpretation.

Taken together, this means that a faith tradition often assumed to be rooted in certainty, in fact thrives on debate.   In some matters the “party line” is uncontroversial, but in many instances this could not be further from the case.  The truth is that the Pope made his remarks into a context in which a crowd of perspectives and ideas were already jostling for space, and the status of these particular expressions was not sacrosanct in the same way as pronouncements ex cathedra.  Not only is the meaning of what he said up for debate, the status of it is also open to interpretation.

To add another layer of complexity on to all of this, there is also the question of how individual believers, or groups of the same, choose to respond to ideas from their leaders. Do they accept, challenge or even notice them? Religious figureheads are often presented as being extremely powerful in shaping beliefs, but the picture is almost always more nuanced than this.  Stepping away from Roman Catholicism, consider the position of many Anglican Churches, for example in England and Wales.  In votes around the ordination of women as priests or consecration of female bishops, the lay representatives consistently followed a different, and more conservative pattern than the clergy who act as guardians and teachers of doctrine.  Media reporting often gives the impression that opinions amongst faith groups are far more monochrome and controlled than is in reality the case, and even when official teachings are established, the relationship between these and individual perspectives is highly complex.

Nevertheless, none of the above is to downplay the significance of what Pope Francis said in relation to same sex couples. His comments cannot and do not change the official doctrine of the Roman Catholic Church, and certainly have not brought all of its members into line like the magical music of Hamlin’s Pied Piper.  However, they have brought comfort and affirmation to a group of people who frequently experience rejection, oppression and exclusion. Whatever efforts some commentators might make to limit or reject his contentions, the fact remains that he is the Pope, and what he says garners attention.   Also, it is hard to spin the comments as anything other than positive.   We still live in a world in which some people face torture and death for same sex relationships, whilst others are encouraged or pressured into ineffective treatments to change their sexual orientation, or condemned to unwanted celibacy and loneliness.   Against this backdrop, the Holy Father declaring that gay people have a right to dignity, love and inclusion cannot be underestimated.

Attitudinal change is complex, both within faith groups and outside of them.  The comments of one person, even the Pope, do not bring instant and universal change, but can be a powerful impulse in a given direction.  In encouraging a more compassionate outlook for the 1.2 billion Roman Catholics in the world, Pope Francis has pushed conversations around human rights forward.