Marriage and Cohabitation-Does your religion effect your legal status? 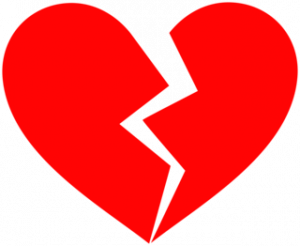 Anybody who studies or practices law, especially Family Law, sooner or later has the uncomfortable experience being cornered by someone (friend, colleague, taxi-driver etc) and quizzed about a sad and messy break-up.  Needless to say, giving off the cuff advice whilst at a party, or being bounced around in the back of a cab is a very bad idea, but there is one question to which the answer is all too clear: Does it make any difference that they weren’t married?   In England and Wales, the Matrimonial Causes Act 1973 give courts wide ranging powers to order financial relief where married couples (and civil partners) are concerned.  In stark contrast, cohabitees are pretty much unprotected when it comes to finance and property (the position is different in relation to physical protection and occupying the home where domestic violence is involved.)

As a result, whether or not a couple are married is a critical question if their relationship ends.  In most cases, the issue is clear cut, but there are circumstances in which there is room for debate.  We were both lucky enough to take part in a really interesting discussion around a recent High Court decision in this area.  We are grateful for the insights from the keynote speakers Professor Rebecca Probert (University of Exeter), Professor Shazia Choudhry (Queen Mary University of London), and Professor Spyridon Flogaitis (University of Athens). We are indebted to Prof David Feldman, Prof Alison Young and Dr Patrick Nash for organising the event, which was a collaboration between the Woolf Institute, the University of Cambridge  Centre for Public Law, and the European Public Law Organisation.  We have been pondering it since, and decided to share our musings in this week’s blog.

The ruling in Ahkter v Khan has implications not just for the world of Family Law, but also Public Law, Human Rights and Law and Religion.   In a nutshell, a couple had undergone a Muslim wedding ceremony, compliant with sharia law, with the intention and expectation of following this up with a civil marriage which would be recognised by UK secular law.  The parties lived together for many years, had four children, and were regarded by each other, their families and their community as husband and wife.  However, despite consistent requests from the wife, the husband refused to go through with the civil marriage.   The relationship was deeply unhappy, and the judge accepted in evidence that the husband was abusive.  Ultimately, the wife sought to divorce him, but failed to obtain a divorce, because as the State was concerned she had no marriage to terminate.  Unfortunately, no divorce meant no financial relief, as in the eyes of secular law, for very many purposes, they were essentially just two single people who just happened to have shared a house.

In contrast, the law also has a concept of non-marriage.  This term describes something which some of the outward features of a marriage, but which is not even an attempt at attaining marital status.  The judge quoted as examples children playing or actors portraying a scene, but case law has involved blessing ceremonies and celebrations which were intended to be carried out prior to an actual marriage.  Like void marriages, non-marriages have no legal existence, but unlike voidable marriages, they do not open the door to any form of financial relief.

Here, the wife sought to argue that she had a void marriage, for obvious economic reasons.  The problem was that all of the previous case law demanded that a couple should have at least tried to enter into a marriage recognised by State law, and this clearly had never happened in this case.  The wife was acutely aware that she hadn’t contracted a civil marriage, which was precisely why she repeatedly begged her husband to keep his promise.   Nevertheless, somewhat surprisingly, on hearing the case Williams J found that there was in fact a void marriage in these circumstances.  He held that in attempting to persuade her husband to take part in a civil wedding as agreed, the wife had been attempting to contract a marriage of the sort recognised by statute, and her unsuccessful attempt gave rise to a void marriage.

In order to do so, he relied on a number of human rights arguments.  Strikingly, he proposed that the Article 12 right to marry and found a family applied horizontally in this case.  In other words, one private party was interfering with another private party’s Article 12 freedom, because the husband was preventing the wife from exercising her right to contract a marriage in State law.  The analysis is, to say the least, problematic.   Both parties had an Article 12 right to decide whether and whom they wished to marry, the woman’s freedom to choose to be a wife in civil law did not trump the man’s liberty to remain single.

Williams J also tried invoking the Article 8 right to private and family life.  He stated that it would be ‘insulting’ to describe this union as a mere ‘non-marriage’, given its religious and social significance for the couple.  However, it is difficult to see how this enabled a leap of logic whereby Article 8 could magically convert a non-marriage into a void marriage.  The State was in no way interfering with the right of the couple to live peaceably and arrange their family life as they saw fit, describing themselves however they wished to describe themselves. Furthermore, Strasbourg case law is crystal clear that neither Article 8 nor Article 12 enables citizens to demand that any ritual or declaration they choose generates a marriage binding in State law.

At one level, it is easy to understand why the judge was moved to search for a solution.   He was presented with a compelling story from a woman who had been the victim of years of domestic abuse, and who found herself with little or no legal redress.  Nevertheless, there are a number of reasons to question his approach:

Should a religious marriage be the gateway to a level of protection being denied to other people in a similar situation?  It seems very hard to justify in terms of equality before the law.  Neither the hypothetical woman nor the wife in Ahkter had contracted a marriage which the State recognised.  Whilst we might debate the merits of championing autonomy versus protecting the vulnerable, it seems difficult to defend treating the two cases differently.  The law must logically come to the aid of both, or neither, if it is to be consistent.

As always, we welcome discussion, and would love to know your thoughts.  Do please comment below and tell us what you think about this decision.