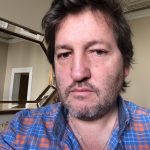 How would describe your personal beliefs or identity in relation to religion/secular worldview?

What made you decide to adopt or retain this position?

I guess it was just a view that I arrived at through common sense.

Is Great Britain an equal and a tolerant society when it comes to matters like religion and belief?

It’s a very complicated question……..I’m not quite sure I have an answer.

Do you feel that there are any challenges for you in living in accordance with your beliefs?  If so, what sort?

Probably more social and political than legal.  We have a monarch who is also head of the official religion.

Would you say that the HRA and a greater awareness of human rights has been a positive, negative or neutral development for our society?

Positive I would say.

Do you think that atheism and the atheist intellectual tradition has had a positive influence on human rights or has contributed to that dialogue in any way?

Yes, I would say on balance positive.

Do you think that the State gets the balance right in terms of intervening in the lives of citizens, or does it step in too much/not enough?

I think that my gut instinct would be to say not enough.

Do you think that living in a Parliamentary democracy is a good thing on balance?

On consideration of the alternatives, yes.

Does your personal ethical view mean that you feel that you have a duty to vote?

Yes, I think it should be compulsory.

Do you think that it is appropriate that Parliament still has the final say in making and changing law?  Would you like to see a judiciary with greater powers?

No I think Parliament should be sovereign.

Do you think that at the moment we have a democratic system which is sufficiently inclusive?

I’m trying to guess what is in your mind….

There isn’t a preconceived answer, we’ve had a whole range of responses.

I suppose that you could argue that poverty discriminates against some people, so I would answer yes.

Is it problematic that the House of Lords aren’t elected?

No faith groups thank you very much!  Well, no, I’m not sure that you can discriminate on people on the basis of religion, but I certainly wouldn’t want them to be in a privilege position when it comes to making laws.

Do you think that in your perception that public bodies generally are good at respecting the law?

I’m sure that they do try to obey the law.

Is it a good think that some decisions affecting the UK are made by the EU and devolved administrations in Wales and Scotland?

I’d say that they are neither good nor bad.  Good on balance I suppose.

Do you think that there is enough distance between the judiciary and Parliament?

How would personally seek to challenge any decisions of public bodies which you see as a problematic?

I wouldn’t say that I am that politically engaged, so I wouldn’t know how to answer that question.

In your experience of dealing with public bodies have your needs been understood and have your beliefs been respected?

So you wouldn’t say that you had had religion forced upon you?

No, not especially, not beyond childhood.

Is it important for you always to act within the law?  Are there circumstances which justify or even necessitate breaking the law?

Yes, there are situations.

Do you think that the Rule of Law is applied equally in our society?

Are there any legal rules which currently have a negative impact upon your own life?  Anything you find restrictive?

Nothing comes to my mind.

Do you see the Arts as having a particular contribution to make to society, especially when it comes to the collective dialogue on human rights?

How do you feel about the general increase in powers of the police and state?

I am afraid I am minded to come down on the side of leaning towards necessary evil.  I don’t think it has gone too far yet, I don’t feel like I live in a police state yet.

Joe Ahearne is a writer and director of British television. He created ULTRAVIOLET for Channel 4 and directed on the first season of DOCTOR WHO with Christopher Eccleston for which he was nominated for a directing BAFTA. He wrote and directed APPARITIONS and SPACE ODYSSEY for the BBC. Joe’s film TRANCE which he wrote and directed for Sky was remade by Danny Boyle in 2013. He has written screenplays for Disney and Warner Brothers.

In 2012 Joe wrote and directed the THE SECRET OF CRICKLEY HALL for the BBC. His TV movie PERFECT PARENTS won the 2007 Rome Fiction Fest. Joe was the only contributor to write and direct for the cult hit THIS LIFE and in 2006 he directed the ten year reunion.

In addition to his film and TV work, Joe has written for Marvel’s FANTASTIC FOUR and IRON MAN magazines.