Iceland’s Proposed Ban on Ritual Male Circumcision-All or Nothing? 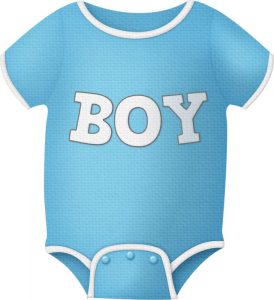 The proposed ban on non-therapeutic male circumcision in Iceland has provoked strong reactions, both at home and further afield.  Jewish and Muslim religious groups have expressed their anger and dismay at the very real prospect of seeing a fundamental aspect of their religious practice criminalised.  For the majority of people within those faiths, male circumcision is perceived as a non-negotiable and sacred obligation, and the ritual and ceremonies around it have profound social and cultural importance.  Whatever the intent behind the planned legislation, in the eyes of many members of these two religious communities, the practical impact would be to render it impossible to live as a Jew or a Muslim in Iceland.  Christian religious leaders have indeed condemned the draft law on for this very reason, speaking in support of ideological freedom and the value of a welcoming and inclusive society.

On the other side of the coin, however, there are those who point out that ritual circumcision involves unnecessary surgery, with all of the associated pain and risk which this brings.  Moreover, the effects of the procedure cannot be reversed, and some boys grow up to experience distress and resentment about an intimate part of their body having been modified in a way which they are unable to change. In fact, there are anti-circumcision campaigners in the States, where the operation is more common regardless of religious affiliation, known as ‘intactivists’. Members of this group are deeply unhappy with their circumcised bodies, and wish to prevent future children being deprived of a choice. In Britain, Humanism UK and the National Secular Society both actively seek a legal ban on all non-consensual genital modification surgery.

The issue is challenging, but in the UK ritual male circumcision is lawful at present.  Whether it will always remain so is a much harder question to answer. It would be only fair to highlight that the Icelandic legal reform has not appeared suddenly and stealthily.  Back in 2013, the Nordic Ombudspersons for Children and the Children’s Spokesperson for Greenland had joined together in calling for a ban.  These are government-sponsored, non-political figures, akin to the Children’s Commissioners in a British context, who based their conclusion on advancing child welfare.  However, religious voices might query whether they truly understood the importance of Jewish and Muslim boys participating in the rites of their natal faith community when balancing the pros and cons of ritual circumcision.

As stated, at least for the time being ritual male circumcision is lawful in the UK, as by the time that a court first examined the legal basis for the practice in Re B [2015] there was no question of a wholesale rejection. There was indeed a solid mass of case law in support of its legality, including pronouncements from the House of Lords, and the judge was bound to cast a wary eye to continental Europe, remembering the shockwaves caused by a ruling in Cologne that the procedure was unlawful.  It should be remembered that the German Parliament rapidly responded to the general outcry, and in response made ritual male circumcision definitively legal by statute. If English judges had needed any reminding, the episode was sufficiently dramatic to emphasise that rebalancing fundamental rights is generally best done by elected representatives.

Nevertheless, it is equally clear that ritual male circumcision is at the very outer limit of what the Common Law will permit when it comes to parental religious choice.  It is one of the special categories of decisions about a child’s upbringing which require all holders of parental responsibility to be in agreement, or a court order to be obtained, and to date in reported cases, judges have without exception refused to grant such an order permitting the surgery.  Ritual circumcision is so close to the margin of acceptability, that it will not be sanctioned without universal parental support.

Given that the procedure is already close to the border of legality, might Parliament choose to follow Iceland in outlawing it altogether?  It is difficult to see this happening in the short or medium term, as it would be culturally and legally surprising, given the considerable freedom which the law generally affords to parents, and its broad support for the practice of faith.  However, although in the case of an individual child, ritual male circumcision is an all or nothing choice, perhaps at a societal level it is not an ‘either or’ decision. In fact, a resolution of the Council of Europe Parliamentary Assembly opted for recommending regulation rather than an outright ban in 2013.  Therefore, setting out in statute the acceptable parameters for this form of religious surgery, and demanding that it only be carried out with adequate pain-relief and under appropriate medical supervision, would help to safeguard boys from the most severe risk of harm. Under those circumstances, it would be hard to envisage faith groups reasonably resisting such regulation, especially since the vast majority of religious parents who choose this practice for their sons are already very careful about the procedure.  Although we acknowledge that complications, up to and including death, can occur, to be completely honest, the tragedies which hit the headlines every now and then tend to relate to circumcisions performed by under-qualified people, who use poor equipment in unsuitable environments.

This issue is an excellent example of how difficult balancing competing rights can be. However, seeking a way forward which would avoid a confrontational ‘all or nothing’ legal response might prove to be the most effective way of furthering the interests of children and wider society.

Iceland male circumcision ban: MP behind plan ‘didn’t think it was necessary to consult’ Jewish and Muslim groups, amid growing anger (The Independent 19/2/18)