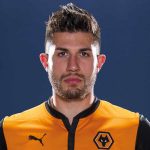 How would you describe yourself in terms of religious identity?

I probably describe my religious outlook as open-minded. My mum comes from a Christian background, my dad is from a Sikh background. So, I am not being christened. I have been left to make my own decisions really. So, I wouldn’t say I am of any particular religion at the moment. I would say I am a spiritual person. I believe in a greater source, but I would not go as far as saying I am a religious person. I am probably undecided really…

I believe there is something, but I am not sure that something is a big man in a white suit, you know what I mean… I am not sure.

I wasn’t brought up religiously by my parents.

Do you think that GB is an equal and tolerant society, especially in relation to religion and belief?

In my experience in terms of equality and tolerance towards other religions, Britain is quite divided. I am not sure why, but I think people aren’t really sure what other people’s religions involve, and there is a lot coming on in the media all the time about different religions and then people sometimes don’t realise the differences between being religious and being extremists, you know I mean… I think lots of people misunderstand Islam… there are certainly lots of people who don’t mind about others’ religions, but you find people who are a bit, not withdrawn, but step back… they don’t reality understand what is to be religious… A lot of my friends, people I know, wouldn’t really understand what religion stands for, you know I mean… so, there is probably a bit of confusion there.

Have Human Rights been a positive thing for GB society?

I think schools should focus on understanding amongst different religions, because that is where the divide starts… I think it would be more of an integrated society if schools dealt with religion. I think people would know more about the real world then

I think, obviously, it is a cultural thing… you have to cater for all religions. It is not fair to say that one religion is fine and not others… if you go abroad, some countries prevent you from practising your religion, but I think England is pretty tolerant towards everyone, I think it is pretty acceptable of the way people are.

Do you have any problems living in accordance with your beliefs?  Are there challenges and if so, are they social, political or legal?

I wouldn’t really say, because being a spiritual person is an internal thing, I think it is less difficult than being a religious person… I don’t know… wearing a turban, or a burqa… nobody passing by you on the street is going to know what religion you are, whilst openly religious people are more easily to be judged by others

My spirituality is an individual choice. There are obviously groups of different spiritual people, but I am not someone who is in a group or anything like that. I read lots of books or watch TV, but that’s the way, and different things like meditating… some stuff has definitely come from religion, probably different elements of things brought together.

There are lots of players who are devout religiously, but I think the majority aren’t… the majority are not very sure where their life is in terms of religion, but I don’t think religion is something which causes much of a problem in sports. Obviously if you are on your own and you are the only person in the changing room who is of a particular religion, it is more difficult because there’s no one in whom you can confide.

I think the players are accepting of others… so, there is not really racism, xenophobia or homophobia amongst players. If someone happens to be homosexual or from a different country, it doesn’t make any difference. Football is a universal sport and it is very accepting, doesn’t matter where you come from. Again, if you are a minority, you can get a bit of a stick… it must be more difficult for someone from a different background to come to the changing room, but again if the person is strong and can take it, it is fine, because obviously there is a lot of banter…

In terms of challenging racism and xenophobia, sports could lead the way on that. There is a lot of top players from Asian and African countries, they may be Christians, they may be Muslims… it doesn’t really matter. Football is a good way for working class people to see that everyone is the same, regardless of religion

Do you think that living in a democracy is a positive thing?

Democracy is what I have always known. It is hard for Government to pass laws, but if there were too much opposition to the Government, you would end up going too far, and the laws wouldn’t necessarily match the people of the country. So, I think with a democracy you have more of an even platform for everyone. I am, therefore, very happy to live in a democracy.

Do you believe that you have a duty to vote?

I always vote. I think it is very important to have your say on who should lead the country.

Does it concern you that the House of Lords is not elected?

How do you feel about bishops in the House of Lords?

I think it is an individual thing. As long as bishops are representing the voice of the people, it is fine for them to be in Parliament, but if they only represent the minority, there is no point for them being there… bishops are from England and they have obviously experienced what England is now. You would like to think that they are open-minded and accepting of everyone.

What contribution does sport have to make to society?

Football is highly funded, but countries like England should definitely invest on sports, because sports teach you lots of things in life, and we should support them, because that makes England a better place.

For children it is a safety factor for parents to keep children indoors… more could be done, making more appealing for kids to play football or cricket or whatever. If you look at America, their facilities are ridiculous and we don’t have them here, I am afraid.

How should people with power be held accountable?

I think if people make mistakes, they should obviously be held accountable regardless of their position… So, if they are in power, they should be more careful. There is a duty of care if you are in a position of power. For example, if a top banker makes a big error, I don’t see why it should be any different from a person working in a newsagent making an error. It should be much the same.

What responsibilities to professional sportspeople have?

Our behaviour off-the pitch is important. Obviously, with the way social media is going now, it is suffocating almost for players… it is like we cannot have our own life really… sometimes things blow out of proportion really and obviously as a role model there are certain things that you shouldn’t be doing, but at the same time there must be an understanding of the fact that we are humans, sometimes we make mistakes, sometimes we do stupid things, but it shouldn’t be like a witch-hunt, it should be more like… ‘well, this person has made a mistake’’

I certainly feel I owe something to society. I am in a position from which I can influence younger players, younger people in the area and make them feel that they can achieve something themselves and so… when you get to a position where people recognise you, and you have influence on other people, I feel you have to use that in a positive way really. You should try to give as much back to the community and the place where you come from.

Do you think that our politicians are representative of society?

I think our politicians are mainly London-based. They are not paid ridiculous amounts of money, are they? So, if the money were better for politicians, you would find that the chief executives of all banks would want to be politicians, but because the money is not as good, a lot of our people go into banking, corporate… maybe that is why, there is only a type of person who goes for the job as a Prime Minister or to work in the House of Commons.

Have you ever felt so strongly about an issue that you have campaigned to change it?

One of the things is the schooling system in the UK is not really practical. Some kids, just because they are not good in Maths and English they are set aside… they may not be good academically, but they can be good in acting, singing… that is a talent. So, there should be more opportunities from a young age.

Is it important for you to act within the law?

Exceptional circumstances can make people do exceptional things. For example, if your girlfriend is pregnant and she is about to give birth, maybe break the speed limit… or a burglary in your house, defending your house… That is all hypothetical, but on a day to day basis I am a law abiding citizen, of course.

Do you think that the Rule of Law is applied equally?  Do some groups experience prejudicial or preferential treatment?

I think maybe some people who fit into a particular group that the police think are more likely to break the law, maybe they get a harsher punishment… so, if you are a 50 year old man with a suit and tie driving 50 miles an hour in a 30 zone, you may get away with it… but if the driver is a young one with loud music, the police will pull them over.

I think the media is very negative in the UK. I am a positive person, so I don’t like seeing the news much, because it is all bad news, and they never show anything positive.

How do you feel about the increase in police powers over the past 15 years?

I think the police can only do what they are allowed to do. So, if you restrict them too much, they cannot do the job. So, if they have reasons to believe that someone is breaking the law, they should have the power to check it out… and find out whether something is wrong. So, I don’t feel threatened, at all, by an increase of powers of the police, which is necessary.

I would say that sports regulators may need be checked by the courts at times. If you look at what has happened with FIFA, you need to keep an eye on them… you cannot leave them to look after themselves, you need to look at what they are doing.

I hope I would be in good hands if I went to court. It is hard to tell really. I have never been before the courts, but I trust the judiciary and I feel I would be treated fairly if I were.

Are there any laws which you find restrictive?

There would be many more accidents if there weren’t speed limits. So, I support them. There is not really any law which is oppressing me or my belief.

Danny began his career in professional football at the age of fifteen with Wolverhampton Wanderers Academy, before going on to play for the team.  He subsequently spent time with Colchester United, Sheffield United and Sheffield Wednesday before returning to Wolves in 2012.  He is currently the team captain and relishing being a star of his footballing home.