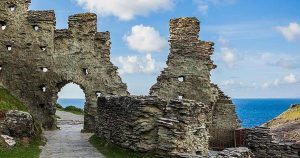 Cornwall is a beautiful and culturally very distinct part of the British Isles.   In 1973, a Royal Commission on the Constitution (the Kilbrandon Report) noted that it had an identity and uniqueness which set it apart from other English counties.   They struggled, however, to propose a viable means of reflecting this in legal and administrative terms, meaning that from a Public Law standpoint, it holds, essentially, the same status as Yorkshire or Herefordshire.

Furthermore, the Cornish language does not enjoy the same legal status as English or Welsh.   For instance, litigants cannot choose to fill in court documents in Cornish (Kernewek), nor can couples use it for their wedding vows. The issue of weddings was in the news recently, when the BBC reported on the disappointment and frustration of two Cornish speakers upon learning that the “declaratory words” (the formula required for a valid civil marriage) would have to be in spoken in English during their wedding.   The Marriage Act 1949 only provides for English and Welsh options, meaning that this key part of the ceremony cannot be in another language.   To complicate matters still further, the Local Authority does not at present have a fluent Cornish-speaking registrar (although it is happy to accommodate a translator provided by the parties).   Therefore, the bottom line is that there are both legal and practical obstacles to a fully Cornish language wedding.

The importance of language in fostering collective identity is undeniable, but the relationship between linguistic distinctiveness and political autonomy is hotly debated.  The United Nations recognises that “nations” have a right to “self-determination”, but self-determination does not equate to the right to become independent and establish a sovereign State.   Furthermore, there is no settled definition of nation for International Law purposes, despite the fact that there are some widely agreed markers, and a shared language is without doubt one of these.  Even though linguistic distinctiveness is neither a necessary nor sufficient condition in establishing nationhood for a community, it is a powerfully persuasive factor in the eyes of experts and non-experts alike.

So how does this relate to individuals and groups who want to preserve, use and celebrate a minority language?  The answer, of course, varies radically both within and between contexts. Requesting the right to a Cornish language wedding does not amount to pursuing regional devolution or vice versa.  It is also important to acknowledge that languages can have great importance to the identity of people who do not speak them fluently, or use them in everyday life.  Cornish is an excellent case in point, given that it had died out as a living language by 1800, but a revival movement during the twentieth century was so successful that in 2010, UNESCO stated that the classification “extinct” was no longer accurate.   This resurrection only took place because a sufficient number of people treasured a language which they did not grow up speaking, and saw it as integral to their sense of community identity.

All of this raises interesting questions for lawyers, and perhaps invites us to be more flexible in our approach.   There are those who advocate for greater political autonomy for Cornwall  (in particular the political party, Mebyon Cornwall) but requests for recognition and accommodation of the language do not have to be seen exclusively through that prism.  Given that the United Nations recognise Cornish as a living language once again, permitting wedding ceremonies in that tongue would be a positive step in respecting minority communities, and celebrating the richness of their culture and tradition within the UK.