Brexit War of Wars: How Far Is Too Far? 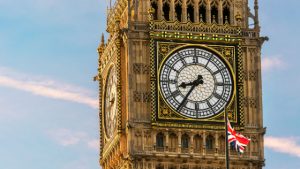 Ironically, the latest cause of hissing and flying-fur in the Brexit saga has been the tone of the public debate itself, both inside Parliament and outside.  The day after last week’s landmark decision by the Supreme Court on the prerogative of prorogation, there were angry exchanges in the House of Commons, with MPs accusing the Prime Minister of using inflammatory language around “surrender” and “betrayal”, which, in their view, had the potential to put individuals in jeopardy.  When Labour MP Paula Sheriff referred to the murdered Remain MP Jo Cox, and the real risk of similar atrocities occurring again, to the dismay and anger of many commentators, Boris Johnson described this as “humbug”.

Have we gone too far, and if so, where and how should we draw a line?  Free speech is, after all, a treasured and fundamental liberty, without which democracy cannot function, but it is equally clear that there cannot be an absolute right to say anything anywhere.  Article 10 of the European Convention on Human Rights (incorporated into UK law by the Human Rights Act 1998) states explicitly that free expression can be limited, but only for a very good, objective reason, and just as far as is necessary to fulfil the stated purpose.  So, for example, few would quibble at the need to protect the identity of children involved in court proceedings, although it would be unreasonable to ban any media commentary on litigation involving minors.  As a result, it is usually permitted to publish details of the case, but names and other identifying information must be withheld.  Equally, if someone is spreading untruthful claims which may harm a person’s reputation, the law of tort will allow an action in defamation.  Perhaps, most fundamentally of all, hate speech and expressions which are a threat to public order and physical safety, can and must be restrained.

All of this sounds reasonable and straightforward in the abstract, but applying it in a concrete case is challenging, to put it mildly.  If we label every unpleasant or dramatic expression as hate speech or a threat to public order, then we render free speech meaningless, and rightly, we jealously guard freedom of speech in Parliament, as if the democratic organ of the British Constitution is unduly fettered then we have effectively abandoned our commitment to liberal values and checks and balances.  For this reason, MPs enjoy protection with regard to defamation law, contempt of court and the Official Secrets Act.  In light of this, Mr Johnson’s supporters argue that some of the requests to moderate his language have been motivated by a desire to stifle debate, and an unwillingness to confront the unpalatable truth that many people outside of Parliament are unhappy with the direction being pursued.

Therefore, we are faced with two clashing perspectives: an accusation that the Prime Minister is using words to whip up an already volatile situation, and will be culpable if violence ensues, and a counter allegation that MPs are trying to smother expressions which are critical of their behaviour.  Ultimately, this is a political question and it comes down to where your sympathies lie, but this might be a good moment for everyone to pause for breath and examine their own failings.  The Brexit debate has been, and continues to be, vicious on both sides.  There has been some unedifying behaviour from both camps.  The Prime Minister’s decision to choose words like “surrender” was inflammatory and dangerous in the present context, but it is equally true that Labour MP Karl Tuner celebrating the “milk-shaking” of a UKIP candidate was cheering on a criminal assault which had already taken place.

There is a world of difference between political satire or robust debate, as well as name-calling, abuse and unlawful violence, and unfortunately there has been too much of politicians, journalists and other prominent people indulging in the latter.  Regrettably, it seems that the level of intellectual engagement is snake-belly low across the board.

This is not a problem which lawyers can solve.  The law cannot and should not force politicians or the press to behave in a dignified and responsible manner, because it is not equipped to micro-manage, and the only alternative to that would be harsh, blanket provisions which would fatally undermine free speech.  Perhaps the best hope is that the current crisis in Westminster could be a moment for a change of direction.  The joint statement made today of an agreement by the Speaker and political parties in the Commons to use moderate language is a promising sign, although how this is interpreted and honoured remains to be seen.  Most people in the UK feel themselves to be on one “side” or another with Brexit, but if we want the debate to get up from the gutter, we need to stop cheering and laughing when our “side”, whichever it is, behaves in a way which lets us all down.  At the end of the day we are one society, and however the Brexit process pans out, we have to find a common way forward when this is all over.   Divisive, petty and melodramatic grandstanding will not do that.

Language in the Brexit debate unacceptable, say C of E bishops (The Guardian 26/9/19)