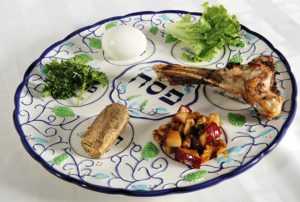 Last week, crowds assembled in protest outside Westminster, campaigning for Anti-Semitism to be acknowledged and dealt with in modern Britain. Much of the anger was directed towards the Labour leadership, who were accused of failing to adequately address Anti-Semitism within the party circles, or to make sufficient moves to cut ties with supporters who openly engage in anti-Jewish hate-speech.  Jeremy Corbyn himself has accepted that there is a problem, and has pledged to tackle it. This response has been welcomed in some quarters, but others argue that it simply does not suffice. This is not a political blog, and we do not comment on party political issues. However, regardless of personal views or affiliation, it is disturbing that a problem on this scale could arise in such a large and mainstream institution in our society.

Unfortunately, it is unavoidable to reach the conclusion that the blight which needs eradicating from the Labour house is part of a much wider pestilence.  Earlier this year, Anti-Semitic hate crimes hit a record high in the UK, violent assaults increased by more than one third in twelve months, and there is ample evidence that Anti-Semitism is on the rise in Europe. Undoubtedly, this is a deplorable thought, considering that we are still in living memory of the Holocaust.  How can this be happening?  Where does all of the hatred come from?

Jewish identity, like that of Sikhism, has a twin dimension, comprising ethnic and faith-based facets.  It is widely accepted that Jews were the most visible religious and racial minority in the West for centuries, and fear and hostility towards ‘the Other’ has always been a powerful force in most human cultures.  When you add into the mix the popular Medieval distortion of Christian narrative, which rendered ‘the Jews’ to blame for the death of Jesus in the past, as well as having rejected him in the present, the fermentation of hatred can be easily understood.  Furthermore, religious doctrines on both sides which enabled Jewish people to lend money at interest to Christians, and often kept daily life community separate, fostered resentment and fuelled wild imaginings.   Stories were even concocted that the Jewish faith involved the ritual sacrifice of children, and stoked propaganda like the cult of little “saint” Hugh. This arose when a young boy was murdered, and local Jews were scapegoated, this being just one of countless instances in which Jewish people were treated as outsiders, as well as being blamed for tragedy or social hardship.

Nevertheless, how can this kind of distorted thinking still have traction in the twenty-first century?  The fact that our society has a long history of indulging in this particular form of racism and religious prejudice is in no way a mitigating circumstance, quite the opposite. In fact, there is a concerning tendency for Anti-Semitism to hide in plain sight, because its deep cultural roots render racist tropes so familiar that they pass unnoticed.  For instance, Oliver Twist is a blatant example of this reality. It remains a popular story, and it is frequently adapted for stage and screen.  The truth is that discomfort about the character of Fagan is rarely expressed, and a highly unpleasant, stereotyped Jewish figure is portrayed without question or comment.

In addition to inherited prejudices, many Anti-Semitic attitudes, like other forms of racism, have their origin in ignorance and fear.  How many people who spread hatred actually have a real understanding of the Jewish religion and culture, its richness and diversity, and some of the key values at its core?  How many of them have known individual Jewish people, and have shared work or interests? Regrettably, a lack of knowledge and experience imprisons people, making their lives impoverished and their attitudes a danger to others.

It was striking that many of the banners waved at the protest in Parliament Square were emblazoned with a Hebrew word: ‘Dayenu’.  This term is usually translated as ‘enough’, and instantly brings to mind the classic Passover Seder song, with the word repeated exuberantly in the chorus.  Obviously, neither this nor the timing of the protest were in any way accidental. As the Jewish community prepared to celebrate freedom and the end of slavery in Egypt, what better moment to throw off the chains of contemporary ignorance and oppression?

Liberty and human dignity are key themes for Passover, and they are values which many people hold dear, regardless of religious or ethnic identity.  They are also values which run through the European Convention on Human Rights and the British Constitution.  Of course, in a liberal democracy, individuals and groups are entirely free to express views which are racist or religiously prejudiced, but the rest of us are responsible for calling them out on it, and deciding the kind of society we want to live in.   Whilst we would not wish to downplay the gravity of the challenges which our society faces at present, the call ‘enough’ is a positive and hopeful one, and in a small way, this blog seeks to encourage conversations about how we can find life-affirming and just solutions to living together in a diverse world.   Benjamin Disraeli, the nineteenth century Prime Minister, famously stated ‘Justice is truth in action’.  By promoting the active seeking of knowledge and discussion, we hope that a more just, compassionate and equal society can be achieved.

Anti-semitic hate crime hits all time high as violent assaults increase by more than a third in a year The Independent (1/2/18) https://www.independent.co.uk/news/uk/crime/antisemitic-hate-crimes-record-high-violent-assaults-community-security-trust-cst-a8187941.html

UK Government: Past Prime Ministers-Benjamin Disraeli, the Earl of Beaconsfield